On the 16th of June 1972 the first UN Stockholm conference on the Human Environment ended. It was the first time that the environmental crisis was acknowledged at the international level. In the same year, the Club of Rome published the ‘Limits to Growth’ report, which provided a scenario analysis showing that exponential material growth cannot continue forever on a finite planet. A few years later the ecological economist H. Daly pointed out, that after some level of income, growth in the economic output becomes undesirable because of many negative side effects, namely, we will have “uneconomic” growth. The publication of the report, because of his criticism of the growth paradigm, triggered an earthquake in policy and academia. It was harshly criticized by many, particularly economists, also because the results were misinterpreted as predictions rather than scenarios. Many are still fascinated by the myth of exponential growth of the GDP and remain unable to see the other side of the coin, namely the harmful effects that render growth uneconomic.

The thesis of limits, however, has resurged with strength over recent years around notions of planetary boundaries and gained traction as international science-policy bodies such as the United Nations climate and biodiversity panels call for transformative changes in economic and financial systems.

It was not just the Stockholm UN conference that took place at the beginning of the 1970s. In that period, we also had seminal academic contributions, including “Limits to Growth” and major works by N. Georgescu-Roegen who gave us an early warning that technology alone cannot solve the situation; rather, we need to curb the huge waste of energy and matter that does not add to our well-being. After fifty years we know he was right, but we remain hesitant.

The last event of the conference will revolve around the atmosphere prevailing in those years, but also on the achievements and failures towards sustainability and transformative actions for the future. The event will start with a Lectio Magistralis by Prof. Joan Martínez Alier, one of the founders and later President of the International Society for Ecological Economics (ESEE). A roundtable of eminent scholars in ecological economics will follow with interventions by prof. N. Ashford and prof. K. Mayumi, prof. G. Biagioli and prof. D. O’Neill. Alessandra Nardini, a Tuscany counsellor in education, research, employment, and gender balance, will conclude the closing ceremony.

Joan Martínez Alier is a Catalan economist. His interests are agrarian studies, ecological economics and political ecology. He is a founding member and a former president of the International Society for Ecological Economics.

Final roundtable: 50 years after “Limits to growth” and the UN Stockholm conference

Nicholas A. Ashford is Professor of Technology & Policy and Director of the Technology & Law Program at the Massachusetts Institute of Technology, where he teaches courses in Environmental Law, Policy, and Economics; Law, Technology, and Public Policy; and Technology, Globalisation, and Sustainable Development. He holds both a Ph.D. in Chemistry and a Law Degree from the University of Chicago, where he also received graduate education in Economics. Dr. Ashford is a visiting scientist at the Harvard School of Public Health and has taught intensive courses in Sustainable Development, and European & International Environmental Law at Cambridge University, UK, and at the Cyprus University of Technology. Dr. Ashford is a Fellow of the American Association for the Advancement of Science and served as an advisor to the United Nations Environment Programme. He has also served as co-chair of the US-Greece Council for the Initiative on Technology Cooperation with the Balkans. Dr. Ashford’s research interests include sustainability, trade and environment; regulatory law and economics; the design of government policies for encouraging both technological innovation, and improvements in health, safety, and environmental quality; pollution prevention and cleaner/inherently safer production; public participation in contaminated communities; labour’s participation in technological change; environmental justice; distracted driving; and reigning in fake news. He has published 10 books and hundreds of peer-reviewed articles in science, technology, economics, and law.

Full Professor of Economic History at the University of Pisa since 2001, she has been director of the Department of Modern and Contemporary History. In that Department, she covered the courses Economic History and the History of the Environment and the Territory. She has directed numerous national and local research groups. She was a member of the Board of Professors of the Doctorate in Modern and Contemporary History and the Board of Guarantors of the Degree in History and the Specialist Degree in Library and Archival Studies at the Faculty of Literature and Philosophy of the University of Pisa. She was the Italian director of research entitled “World Heritage Site and Local Development”, funded under the Galileo cooperation program between Italy and France. In the following years she was responsible for three European projects: VITOUR Interreg IIIC project; Program for the Study of European Rural Societies (PROGRESSOR); Paysage d’Exception. Since October 2002 she is the president of Leonardo-IRTA (Institute for Research on the Territory and the Environment). In 2021, she has been appointed Ambassador for the European Climate Pact.

Kozo Mayumi graduated from the Graduate School of Engineering at the Department of Applied Mathematics and Physics of Kyoto University. Between 1984 and 1988 he studied bio-economics at the Department of Economics of Vanderbilt University under Prof. Nicholas Georgescu-Roegen’s supervision. Since then, Mayumi has been working in the field of energy analysis, ecological economics, and complex hierarchy theory. After retirement from Tokushima University, he works at the Kyoto College of Graduate Studies for Informatics. Mayumi is currently an editorial board member of journals, such as Ecological Economics and Ecosystem Services. His works include the following books: (1) The Origins of Ecological Economics; (2) The Jevons Paradox and the Myth of Resource Efficiency Improvements; (3) The Biofuel Delusion: The Fallacy of Large Scale Agro-Biofuel Production; (4) The Metabolic Pattern of Societies; (5) Energy Analysis for a Sustainable Future; and (6) Sustainable Energy and Economics in an Aging Population. Mayumi is the first recipient of the Georgescu-Roegen Awards (Unconventional Thinking Category) at the 13th Delhi Sustainable Development Summit in 2013. Currently, Mayumi is writing two books, one on the money with Dr. Ansel Renner, and the other on hydrogen energy with Dr. Mark Glucina.

Dan O’Neill is an Associate Professor in Ecological Economics at the University of Leeds and the President of the European Society for Ecological Economics. His research focuses on the relationships between resource use and human well-being, and the policy changes that would be needed to achieve a steady-state economy. He is co-author (with Rob Dietz) of the book Enough Is Enough: Building a Sustainable Economy in a World of Finite Resources, which has also been made into a short film. Dan has been an invited speaker at numerous institutions, including the European Central Bank, the French National Assembly, and the University of California at Berkeley. His recent work, published in Nature Sustainability, explores how to achieve a good life for all people within planetary boundaries. 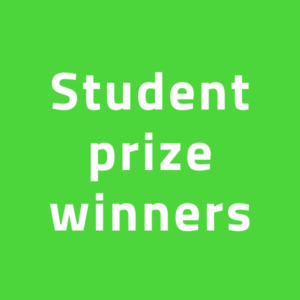 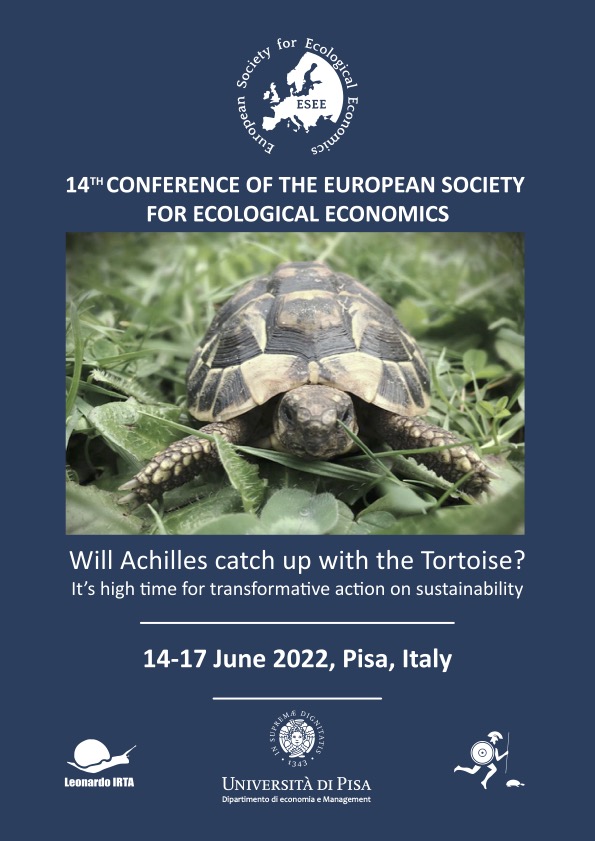 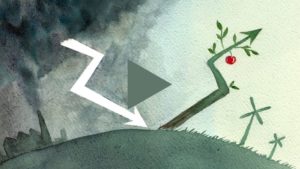 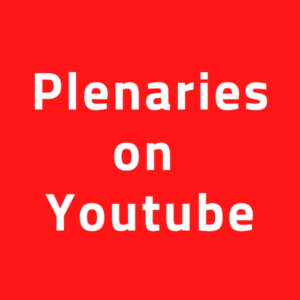 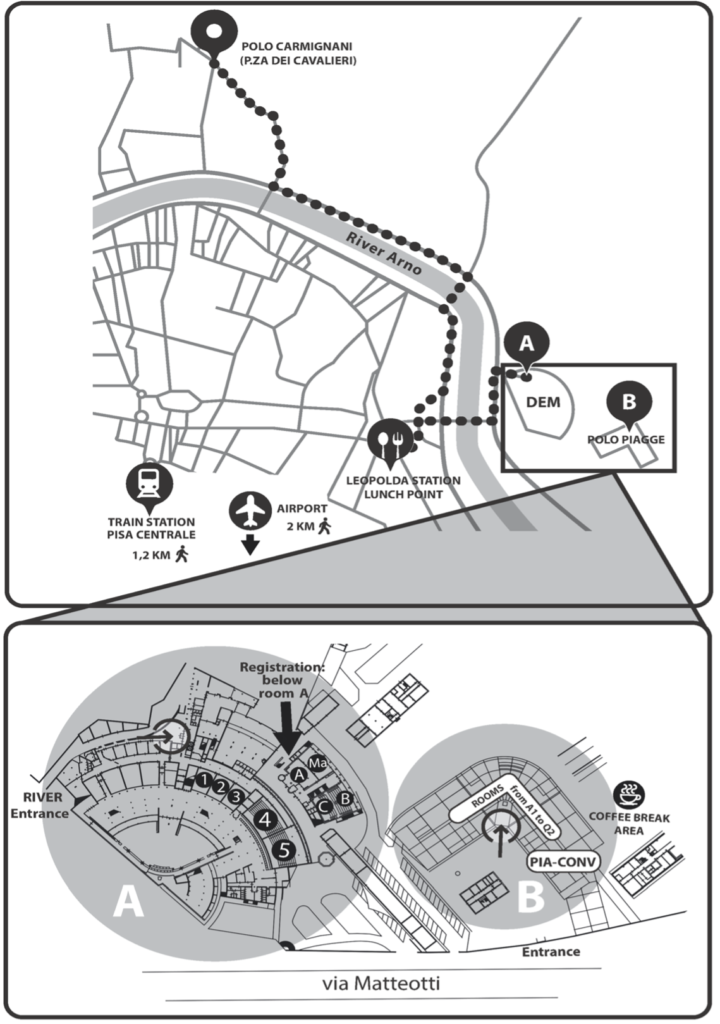 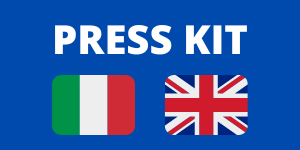